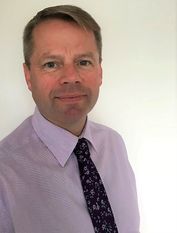 Richard is the managing director of Intensive Engagement Limited with responsibility for organisational development with our clients. He spent 30 years working in several police forces and is a highly experienced police leader. He has led significant force-wide change programmes and commanded events of national significance.

Richard has several years experience of working alongside academic institutions to develop and implement evidence-based practice. He recently completed a Cambridge Masters focusing on the implementation of effective community engagement practices in complex locations. His work within challenging community settings after the London 7/7 bombings was recognised when he received a national award from the National Association of Muslim Police. Richard’s support for the charity Remembering Srebrenica saw him leading a multi-agency delegation to Bosnia and Herzagovina in 2015 to support the ongoing mission of the charity and meet with families affected by the 1995 conflict.

Richards experience and knowledge of implementation of change and service transformation means he supports the National College of Policing with its International Leadership course and is a part of the peer review team. Richard has presented on all aspects of local policing at numerous national conferences and international courses. Richard has recently spent time working with 8 EU policing agencies examining effective community policing practices and exploring the benefits that technology can offer. 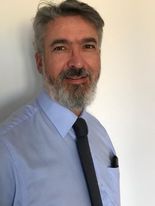 Tim is an internationally renowned author on social innovation & entrepreneurship and Senior Lecturer at the University of Northampton.  He helps people and organisations make decisions in complex and confusing situations. He is also adept at getting decisions made when he is not in charge. His focus is on the nitty-gritty theory and practice of community organising and social innovation. Tim is also co-founder of the global recognised 'Changemaker Campus' initiative at the University of Northampton, facilitating a high profile co-curriculum challenge,  summer schools and international conferences on social innovation.

Tim developed the LISP approach to Intensive Community Engagement out of 15 years work in decision-making support and systems analysis in complex social contexts. He developed and refined that approach through teaching a highly innovative module Social Change & Communities as part of the BA in Social & Community Development over five years. This experience was then rapidly deployed with Police and Community Support Officers in Northants Police. Tim has been undertaking detailed research into the development and implementation of the LISP approach since 2012, for which he earned his PhD in June 2021.
​​
Contact Tim at tim@intensiveengagement.com
Philip Talbot, Senior Associate
Philip has also held a number of Non-Executive Director and Company Secretary roles across the industries he has been involved with. Philip’s innovative approach to solutions has led him to lead on numerous unique and ground breaking programmes including building the first synthetic golf course in Europe; developing new children’s safer playing surfaces; leading on the use of Social Impact Bonds in funding a unique health initiative reducing loneliness; and helping people to live with dementia. As the international business development director for the, truly world class, downstream gas industry, Philip successfully led a number of high profile trade delegations to over twenty developing countries across the globe.
Philip now supports organisations in the community ‘space’ to improve their governance and performance and embrace new ways of working through mentoring or on an interim executive basis.
Philip first came across IE when looking at local solutions for improving integrated care outcomes. Recognising that the IE framework could achieve better outcomes across a range of community engagement initiatives, Philip has been advising on the framework development, potential multi-stakeholder links and initiatives which will enable IE to expand their offer.
Catherine Fitzgibbon, Senior Associate
​Prior to working as a consultant, she held several senior management positions with Save the Children, including Country Director roles in Ethiopia and Kenya.  There, she was directly involved in the co-creation, implementation and evaluation of dozens of development programmes working directly with poor communities.  In her early career she also held several UK based posts in the fields of social housing, planning and regeneration.  As an economic development consultant in the UK she worked with and for a range of public, private and voluntary sector organisations to develop strategies and programmes to address economic decline.

An inherent problem solver, Catherine specializes in combining rigorous analysis of evidence and critical thinking with a practical understanding of what works on the ground.  Most of her career has been spent encouraging in the participation of teams and communities to examine place-based problems and develop contextually practical solutions.

Catherine adds valuable knowledge and experience to the IE team from a diverse and international perspective. She is motivated towards pursuing the most effective methods of public service delivery in order to truly listen to the voices of communities and harness the enormous capabilities they offer.
Rachel O'Brien, Senior Associate
Examples of her work include designing and leading the RSA's Future Prison project, the New Futures Network and Transitions; co-author of work with Matter architects on wellbeing and prison design and with Serif, a charity working on social enterprise in the justice system; and scoping interventions for the Prison Advice and Care Trust (PACT). She undertakes pro bono working with individual prisoners and prisons and is a Trustee of The Turnaround Project in Northern Ireland.

Rachel will be working closely with IE colleagues- providing her expert insight to explore how the IE framework can provide criminal justice solutions built on effective community engagement.
Dave Spencer, Cohort Support Associate
​From 2016 – 2019 he led peer reviews of police forces for the College of Policing providing coaching and organisational development support helping forces to improve.  He supported the National Police Alcohol Harm Lead from 2013 – 2015, liaising and influencing across two Government Departments (Health and Home Office) and senior people from health services, the alcohol industry, academia and charities; a challenging environment with significantly different views held between organisations.
During the years 2010 – 2012 he served as Staff Officer to Sir Hugh Orde, ACPO President during the progress of the Police Reform Bill into an Act that introduced arguably the most radical changes to policing.
Dave holds an MBA and a Post Graduate Certificate in Performance Coaching.  He is a Member of the Association for Coaching and the Chartered Management Institute.
Paul Halstead, Cohort Support Associate
​As a local Police Neighbourhood Inspector Paul introduced numerous initiatives providing increased opportunities for communities to engage with police and partners. Paul understands the value of working collaboratively within communities across private, public and voluntary sectors. Exemplified when developing, implementing and reviewing mental health triage
within Milton Keynes, resulting in a significant reduction of people being detained under the mental health act. Paul is an incredibly committed and passionate professional striving to improve the lives of citizens within our communities.
Stephen Carr, Senior Associate
​Previously Head of Community Safety for Cardiff, he led the Safer Capital community safety partnership and the development and implementation of the 2010 Tilley Award-winning Transforming Neighbourhoods model of multi-agency neighbourhood management programme.
He has led partnership training and leadership development programmes on behalf of the Home Office, Welsh Government, Skills for Justice and the UK-wide National Community Safety Network (NCSN), and also worked with the Institute of Public Care (IPC), Oxford Brookes University, to develop and deliver collaborative commissioning training.
He was one of the sift judges for the 2020 Tilley Awards and a finals judge for next year’s awards. He is also an associate member of the Wales Violence Prevention Unit (VPU) and Intensive Engagement.
Ryan O'Hara, Video maker and editor
His experience lies in visual storytelling which at IE has helped convey local community narratives accurately and powerfully. He has developed processes to translate the voices of local people into compelling updates for senior stakeholders and leaders that help to make change happen. From a short film (Oathbreaker) available on Amazon to his aerial footage featured on BT Sports (BRX 5Nations) he has a wide range of capabilities in media production including cinematography, storyboarding, graphic animation, sound recording and aerial camera operation. Ryan produces creative videos with exceptional quality that allow businesses to engage with their audiences.